Hello, my name is Joell, and I am a Diet Dr. Pepper addict.

Around here, we just call it by its real name—crack.

How does my man show his love for me?

He brings me home a 2 liter of DDP. Yes, that works as a bribe for most anything. He’s a keeper, for sure.

Why do I love that liquid gold so? It’s hard to say. It could be that it is so good that you can’t tell the difference between DDP and the real thing. That way, I feel like I am getting all the good/bad stuff  (whichever) without drinking the fully leaded DP. Or maybe it’s how that CO2 bubbles up and tickles my nose.

If I need to sponsor a 12-step program, let me know, because to be sure I can’t be the only one.

Wait a minute, better just scratch that, I don’t think I’m quite ready to kick the habit just yet. Maybe the fact that Mama doesn’t share her DDP—with anyone—confirms that fact. Okay, so I am not going to be your go-to person for that, after all. How about just a DDP lovers club?

In other news, I would like to give a little public service announcement encouraging the pastime of dancing (badly) in the kitchen to 80s music whilst preparing dinner. Hopefully, your children have friends over and you can embarrass them. If not, at least your children can make fun of you and you can all have a good laugh. And while they are there in the kitchen, they can become educated in the awesomeness of the 80s,  help cook dinner and unload the dishwasher as punishment! Next thing you know, BAM, you’re making memories! Score one for Mama!

And by the way, as you celebrate Independence Day, please do think of my poor, (11 year old) puppy, Jiffy, because over the next few days, there will be heart attacks galore. Down here in South Carolina, where fireworks are legal, people don’t really need a holiday to shoot off fireworks. It could be February 5th or October 10th—no matter—one day is as good as any other. So, when they actually do have a reason, well, they go all kinds of crazy. And therefore, so does my dog. The 4th of July is more of a week-long fireworks bonanza in my ‘hood, rather than a one night only performance. As I type, the Jiffster is running around like the Tasmanian Devil, barking her fool head off. Poor kid.

And don’t forget to dance in the kitchen!

“There is a bit of insanity in dancing that does everybody a great deal of good.”  ~Edwin Denby

The mystery has deepened…in more ways than one.

My next door neighbors, who I have written about on a few occasions, have been mysteriously absent recently. We are not especially close, though not intentionally distant. We just don’t talk, or see each other outside the house very often or have very much in common, really. We are busy. We aren’t Facebook friends. We are, what I call, “Hey” neighbors. We wave and say hey on the rare occasion that we actually do happen to see each other. 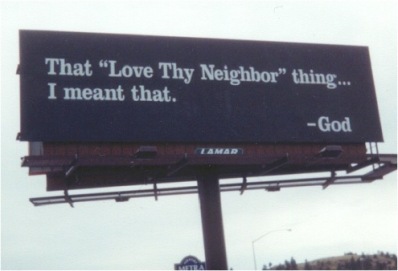 It is easy to notice when they are gone, because their gaggle of adorable boys is conspicuously missing from our yards—ours and theirs.

I had noticed their absence a couple of weeks ago and did not think a whole lot of it. I figured maybe they were on a vacation; it is summer after all, y’all. But it did make me go, “hmm” because they rarely take vacations.

And then I promptly moved on with my day.

After a few days, they were back—with a trailer that had some little-boy-looking furniture on it, though it was hard to tell whether said furniture was coming or going. And I did not ask. The same day, their third youngest boy stopped his bike in front of our mailbox and said to us as we were headed out to see Madagascar 3 (cute movie, by the way), “We are moving tomorrow.”

We took it with a grain of salt, of course, as the news was brought forth by a 5 year old who has been known to say in the past “we are moving”, which really meant “we are going to Virginia to visit our aunt for a week.”

The next day, Emma said she saw one of the older boys loading a suitcase into the back of the car where there were also some boxes. Hmm. Maybe they really are moving, after all?

Fast forward a few days, and the neighbors are, in fact, gone from the house, though it doesn’t appear that they are totally gone, as there are still potted plants out front and playthings scattered in the backyard.

I headed out to a ladies’ book club a couple of nights later, to which I had been invited by a fellow homeschooling mom slash new friend. It was a small group of ladies, the majority of whom I had never met and so the typical questions ensued. Where do you live? Where do you go to church? How old are your kids?

It came up in the convo that a couple of the gals at this gathering attend a particular local church—where my neighbor happens to be the associate pastor. I shared that their associate pastor is my next door neighbor. They proceeded to make the “isn’t it just too bad about…” face. When they saw my obvious confusion, I was told that my neighbor’s mother had passed away very recently.

Their absence was starting to make sense now. And then I felt terrible for them—and for not knowing.

But that still left the “we’re moving tomorrow” mystery.

In response to that, the ladies told me that my neighbors were had moved in with the now widowed father who lived in a nearby town.  Which explained why there weren’t totally moved out.

I had a sudden guilt-and-shame attack for saying a few days previously, “Well, if they are, in fact, moving, I sure do hope they make sure to take their cats with them so they will stop scratching up my car and using my flower bed as their litter box!”

Yikes! The woman who professes to making friends with the lamp post can’t reach out to her neighbor and grow a relationship there? I can chat it up in line at the Piggly Wiggly or when I am at jury duty, but I don’t know that my very next door neighbor’s mother has just died? Why didn’t I know this? Jesus would have known if He had been living next door.

Am I really not so friendly after all? Am I afraid to go deeper in relationships? If so, what is up with that? And what is my behavior teaching my kids? What do I know about love, anyway?

Clearly, I have a lot to learn.

I know the world does not revolve around me and my family, but sometimes it would seem I don’t always live my life that way.

I have a lot to learn about love and selflessness and relationships.

I hope and pray that I can catch the neighbors if and when they come back to collect some more of their belongings, so that I can have the opportunity to share my condolences and offer to help them in some way. And to show them the love they deserve.

Perhaps a little life application of that Love Thy Neighbor thing is fitting. And that, my friends, is not so much of a mystery.

Hearing that Jesus had silenced the Sadducees, the Pharisees got together.  One of them, an expert in the law, tested him with this question:  “Teacher, which is the greatest commandment in the Law?”

Filed under Faith, Lessons, The 'Hood

This morning, in this quietness while my kids are still sleeping, I am sitting here trying to start planning my elementary Zoology class that I am going to be teaching at the homeschool co-op in the fall (yes, already…I’ve never taught it, so I have to learn it first) and doing a little laundry. And in my ADD-ness, or multi-tasking, if you prefer, I felt I should also start this post.

Speaking of laundry, I wish I had a clothesline.

More and more, as I get older, I wish I lived out in the country—with a clothesline and lots of space between us and the next house. I have lived so long in the subdivisions where your neighbors live 3 feet away from you and it has gotten O.L.D., I tell you. It is great when you have just moved to a new town and your kids are small and you need them to meet some other kids. But now that they are older and I am getting less social in my old age, it doesn’t seem to matter so much. And frankly, I don’t enjoy the 6, yes, 6, children, all boys, from next door climbing my fence (okay, only 4 of them can currently climb the fence, but it won’t be long before the other ones can) and then hollering over it at Jacob every. day. And when they aren’t climbing on the fence, (which, I should point out, is a shared fence) they are destroying it by practicing their pitching with the fence as a backdrop. Or, lately, they are throwing dirt clods at the house. AT MY HOUSE. Oy. They say that good fences make great neighbors; clearly, I do not have a good fence. In fact, I am not sure there is a fence tall enough or sturdy enough in this case.

I give you Exhibit A:

SIDEBAR: People, I am not making this stuff up. If you need background, I have posted about our neighbors before here and here. And I must say that the neighbors are not bad people, and I love big families, but these folks are just not too hip on supervising the activities of their children.

Ultimately, it is my yearning for simplicity, and maybe my hatred of HOAs, that is calling me to the country. To slow down. Be at one with nature and all that good stuff. If only we could find a place that has a grocery store nearby. Guess I’m kinda spoiled that way. Maybe I’m not truly ready for country life after all.

“Love your neighbor as yourself; but don’t take down the fence.” ~Carl Sandburg