“The past is in your behind.”

“The past is strapped to our backs.  We do not have to see it; we can always feel it.”  ~Mignon McLaughlin, The Neurotic’s Notebook, 1960

“Where you used to be, there is a hole in the world, which I find myself constantly walking around in the daytime, and falling in at night.  I miss you like hell.”  ~Edna St. Vincent Millay

Y’all have seen The Lion King, right?  I love when Simba has run away because he thinks he’s killed his father and he meets Timon and Pumbaa.  They do the whole “hakuna matata” thing and then they tell Simba “the past is in your behind”….er, put the past behind you.  It has always cracked me up.  Anyway…

So I promised some backstory…some “behind”, if you will.

Let’s go back in time, shall we? Back to “moving week”…

Hubby arrived safely back in Iowa to accompany us eastward!  We were so glad to see him!!

Farewell party #2.  First, let me say what wonderful friends and family I have in Iowa.  These are some of the most thoughtful, generous people ever.  Some friends (thanks Theresa and Lisa and everyone) hosted a gathering for us complete with food (CAKE!) and presents.  It was wonderful and humbling to say the least.  I mean, let’s be honest, it’s a little awkward to have a party given in your honor.  You sort of expect it, like when it’s your birthday or something, but it does feel a little weird to be the center of attention at a party given because your friends love you.  But, it is also wonderful.  You feel very grateful and appreciative.  It was very emotional.  I always feel like such a crybaby.  Do others have the problem of not being able to talk and cry simultaneously? Or is it just me?  It’s a problem.  I had so many things in mind to say, that I wanted to say, but was seriously unable to because I couldn’t control the waterworks.  And once I get started, it’s hard to turn it off.  SIGH.  It was a wonderful party.  Shout out to all my Iowa peeps who may or may not read this blog…love all y’all!!

The next day, the movers came and proceeded to load stuff on the ginormous truck.  Oh how much crap we have.  I warned the driver that he would be subject to sudden emotional outbursts and not to take it personally.  And so it was that one by one, people came by and I had a few breakdowns.  Not the least of which was when my sister-in-law came by.  It was a full on ugly cry.  Complete with audible sobbing.  Pretty embarrassing actually.  Then, once the house was empty, my neighbor, the incredibly energetic and focused Lisa, started cleaning.  I can’t thank her enough.  I would have been there for hours by myself.  In the end, we were cramming stuff in the red van and on top of the red van.  Sweaty, tired and emotional basket cases, we said good-bye in our front yard to our dear neighbors, our friends.  It was 7:30 pm.  It was quiet in the car pulling out of town.  Emma and I just kinda cried and held hands between the front and back seat–tearing up just thinking about it.  I’m not lying.

We got as far as Peoria, Illinois.  (The running joke in our family has always been, you “pee” in Peoria.)  On the way to Peoria, we went through the most amazing summer thunderstorm I’ve ever seen.  No rain to speak of, but lots of brilliant lightening, streaking sideways across the sky like a bony hand.  It was freaky and beautiful.

It was nearly midnight when we got to Peoria.  We stopped at a sketchy looking hotel and Clyn went in.  They had one room left.  One room.  A single, smoking, handicapped room.  Just for us, y’all! 🙂 They called around and everywhere else in town was booked.  So, the four of us, and Jiffy, don’t forget about Jiffy, slept in this TINY room.  The kids slept on the kid-sized bed, and Clyn and I got sheets and blankets and slept on the floor.  I was pretty grossed out but not even an oncoming train was going to keep me from the Sandman that night. It was pretty comical…even then.

We drove on the next day, like maniacs.  From Peoria, Illinois to Greenville, South Carolina to spend the night with Clyn’s sister, Paula.  It was fun to see her–even though it was like 10:30 pm when we got there.  We got up the next day, taking our time, because we didn’t have to be in Summerville until our closing at 4 pm, a mere 3 hour drive from Greenville.  So we walked the dogs (Paula’s Zoey and our Jiffy), went to the Waffle House for a late breakfast, early lunch and got on the road in plenty of time, or so we thought, to make it to Summerville.  About an hour west of Summerville, on the interstate, we came to a screeching halt.  Traffic was log-jammed.  We turned on the radio only to discover that there had been a fatal accident 8 miles down the highway.  8 miles.  The traffic was backed up for 8 miles. DANG.  Basically, it took us an hour to go 5 miles.  So, our “plenty of time” turned into “we’re gonna be late” pretty quickly.  A call to the realtor and they pushed back our closing by an hour.  Now, we were all pretty stressed, and I can’t say I’m proud of my behavior in the car because my hubby had found us a “short cut”…who out there knows about hubbys and short-cuts???  I’m counting all the hands going up out there.  Anyway, we finally made it…late even to our “late” closing.  Took Jiffy into the lawyer’s office because it was 150 degrees outside…oh yeah, and the kids!  Then proceeded to our new home.

Since then, we’ve gotten our STUFF, registered for school (that’s another blog altogether!!), gotten library cards, started school and gotten back online.  In the midst of it all, Emma managed to miss the “premiere” of High School Musical 2 on Disney Channel!  Oh the Horror!  Aunt Paula to the rescue.  She taped it and mailed it to Emma.  Whew.  God forbid she should be the ONLY one who hasn’t seen it!!!  We’ve met neighbors and their pets.  We’ve visited a church.  And relished the sweltering temps and muggy days.  We’ve been to my favorite place, the beach.  You know I love that.  And slowly, slowly we are starting to make this our home.

Next time, how to register your children for school, get a library card and your driver’s license in South Carolina!

Just want you to know that I’m here!  Internet starved and surrounded by boxes upon boxes.  But I’m here.

We’ve survived the first week of school…and I do mean WE! For it has been a team effort getting up at the crack of dawn to get my daughter to school by 7:25 am…yes, that is correct.  Correct, but INSANE.  I’m just sayin.

I feel like I’ve spent the better part of this week in the car pool lane at one of the kids’ schools.  Plus, it’s been so hot, that the A/C doesn’t work too good when you are just sitting.  And sitting in the car pool line does not get boxes unpacked, let me tell ya.  Emma goes at 7:25, gets out at 2:10.  Jacob goes at 8:30, gets out at 4:00.  I’m sorry, but that is just too long a day, in my opinion.  For Pete’s sake!  But, I guess that is something I should take up with the school board and not y’all…so I shall move on.

So much has happened in the last 3 weeks.  Too much for me to write here tonight, because, frankly, I am too pooped to party.  So, I’ll start from the beginning…next time.  Just know, all is well.  We are adjusting.  We miss our precious Iowa peeps, but are working diligently to find our place here in South Carolina.  And I know we will…Party Pants is at her first SC sleepover! 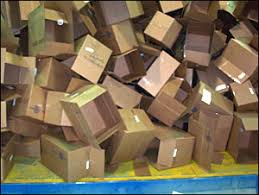 But he’ll be here tomorrow.

“Sometimes it’s harder to attain inner silence than outer silence.  The dog stopped barking and the kids have gone to bed, but your mind has a lot to talk about and it knows you can’t pretend you’re not at home.”  ~Linda Solegato